Cosmos does it again 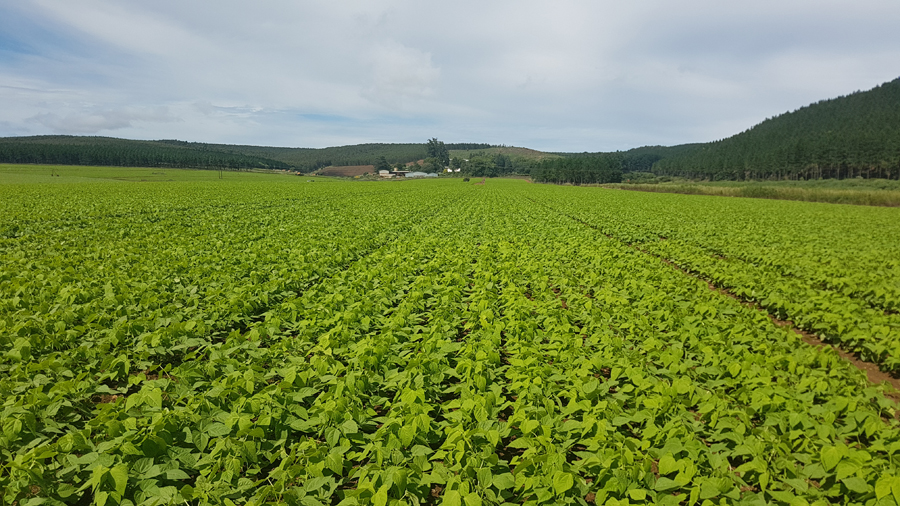 At the beginning of October 2018 Fred Bartels of the farm Torwoodlea planted Cosmos butternut – this was a direct planting of seed at a population of 12000 seeds / ha – row spacing was 1m between rows and 800mm in the row. 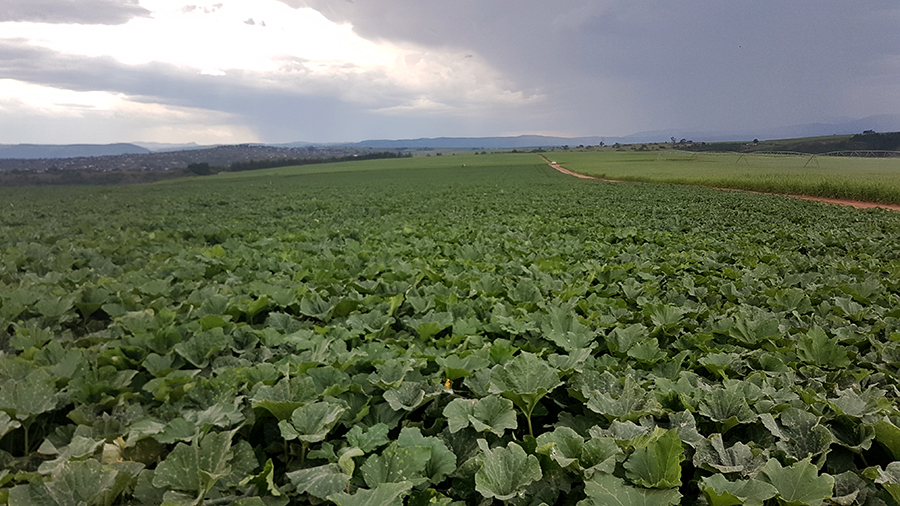 A strict spray programme was followed with specific attention to whitefly and thrip spreading virus vectors and also control of fruitfly at the time of fruiting. Care was taken during early morning bee activity to avoid insecticide spraying as these are vital pollinators and have a huge impact on yield potential.

The block was 8 ha’s and was planted under centre pivot.

Harvesting of the butternut  crop began mid January 2019 approximately 100 days from sowing. Butternuts are cut with secaturs loaded into bulk bins in field and then sent to the packhouse for washing, brushing and packing. 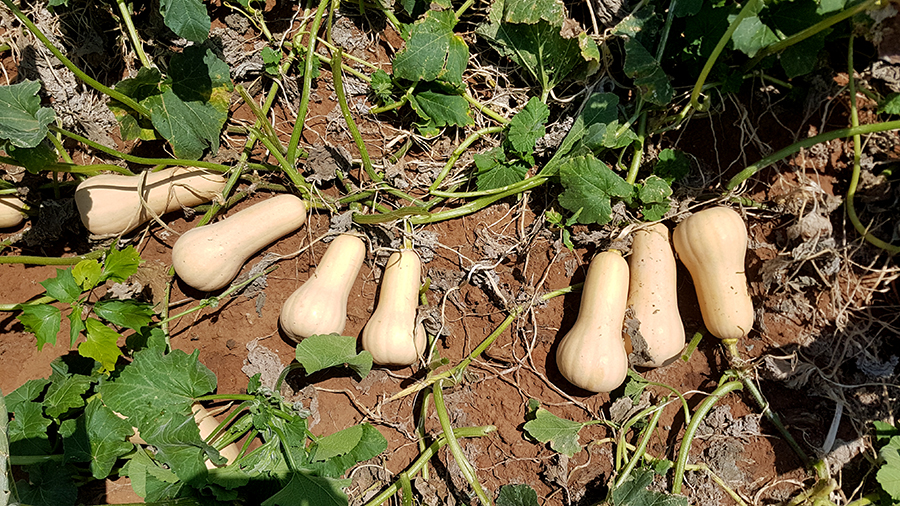 Torwoodlea market their butternuts in a 7kg bag with approximately 8 fruit / bag – 1st grade pack out was exceptional with very little fruit going to a 2nd grade.

Approximately 30 tonnes was sent to Durban and Pietermaritzburg markets each day – prices at the time were average for the time of year but because of the uniformity and quality of Cosmos and the extra care Mr Bartels applies a premium of at least R5 / bag was achieved. Final yield of this particular field of Cosmos was 54 tonnes of sold 1st Grade fruit / ha. 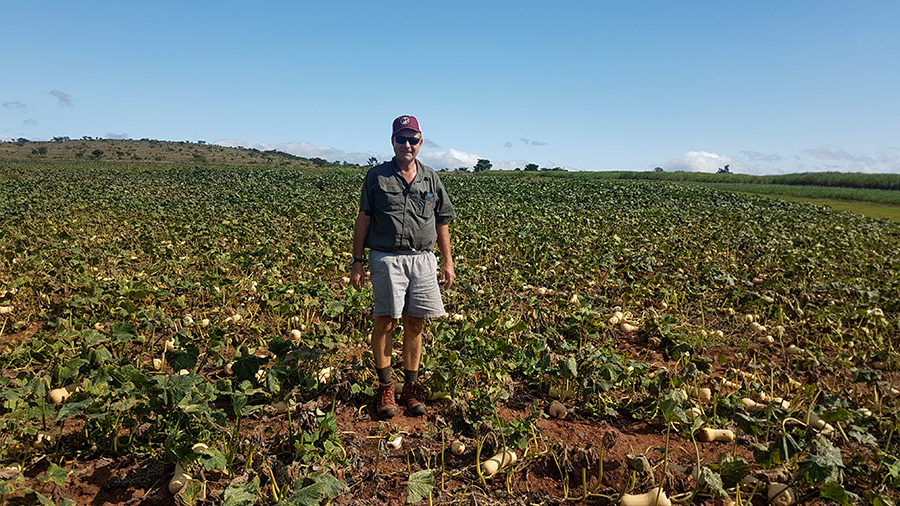 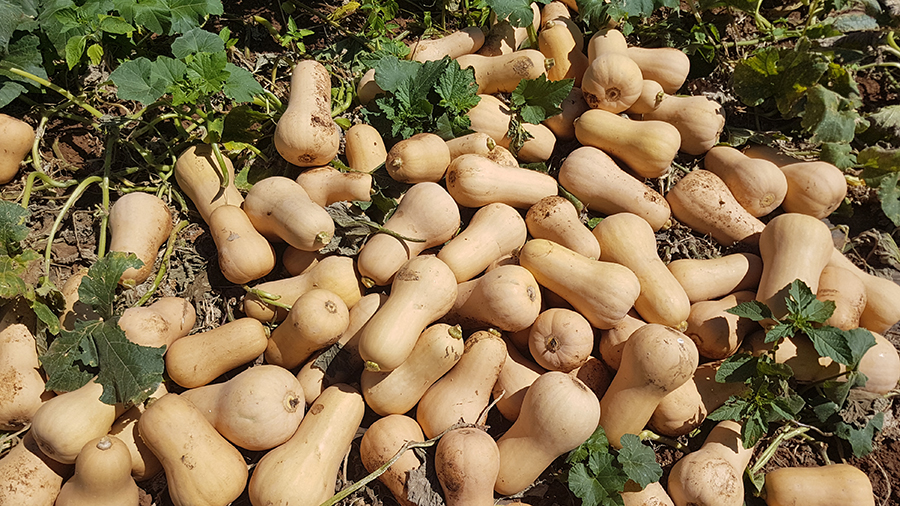 We use cookies on our website to give you the most relevant experience by remembering your preferences and repeat visits. By clicking “Accept All”, you consent to the use of ALL the cookies.
Accept All
Manage consent

This website uses cookies to improve your experience while you navigate through the website. Out of these, the cookies that are categorized as necessary are stored on your browser as they are essential for the working of basic functionalities of the website. We also use third-party cookies that help us analyze and understand how you use this website. These cookies will be stored in your browser only with your consent. You also have the option to opt-out of these cookies. But opting out of some of these cookies may affect your browsing experience.
Necessary Always Enabled
Necessary cookies are absolutely essential for the website to function properly. These cookies ensure basic functionalities and security features of the website, anonymously.
Functional
Functional cookies help to perform certain functionalities like sharing the content of the website on social media platforms, collect feedbacks, and other third-party features.
Performance
Performance cookies are used to understand and analyze the key performance indexes of the website which helps in delivering a better user experience for the visitors.
Analytics
Analytical cookies are used to understand how visitors interact with the website. These cookies help provide information on metrics the number of visitors, bounce rate, traffic source, etc.
Advertisement
Advertisement cookies are used to provide visitors with relevant ads and marketing campaigns. These cookies track visitors across websites and collect information to provide customized ads.
Others
Other uncategorized cookies are those that are being analyzed and have not been classified into a category as yet.
SAVE & ACCEPT
error: Content is protected !!